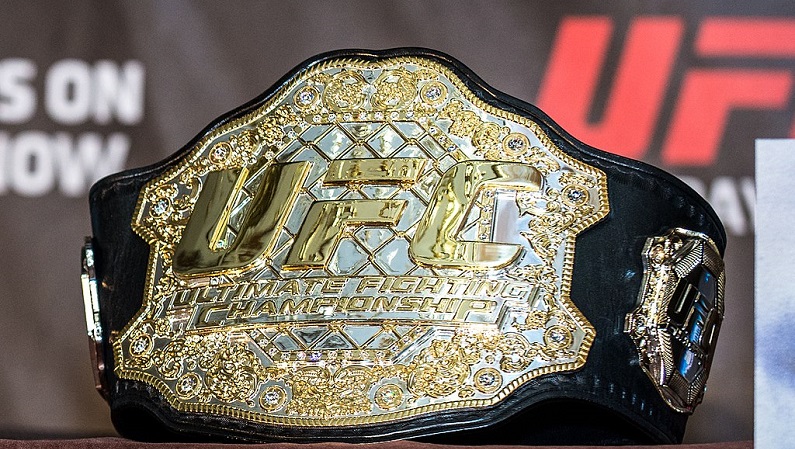 Published May 6, 2022 1:10 pm
Author Mike Johnson
Share Article
The UFC 274 takes place this Saturday night in Houston and includes two title fights.Charles Oliveira and Justin Gaethje meet in the bout for the UFC lightweight title.Meanwhile, Rose Namajunas faces Carla Esparza in the women’s strawweight belt contest. The UFC 274 will give us the answer to two very big questions. The first is […]

The UFC 274 will give us the answer to two very big questions. The first is whether Charles Oliveira truly deserves his reign in the men’s lightweight division, and the second is can anyone stop Rose Namajunas.

Oliveira vs. Gaethje Preview and Prediction

Charles Oliveira won the title against one hard-hitter, Michael Chandler, and is now about to defend it vs. Justin Gaethje, arguably the only person in the division who has more power in his hands than Chandler.

Oliveira, or Do Bronx, as the fans call him, had prepared well for Gaethje, with his latest two opponents preferring the same style as his future one. After beating Chandler, he would defeat Dustin Poirier in the first title defense, enduring all the hard hits from the Diamond, before submitting him via rear-naked choke.

Gaethje also met with Chandler recently, which is in his last appearance inside the octagon. That was one of the best fights in the last ten years, with the two giving all they had, both inflicting and eating hard punches, but in the end, Gaethje was the winner.

On one side, we have Oliveira, a submission master, with 15 UFC wins via that method and 18 finished in the organization – both records. Meanwhile, Gaethje has bombs in his fists and an incredibly tough chin, the one who endured very, very strong punches in the past. Though, the difference here would be Oliveira’s grappling and submission techniques because Gathje isn’t very good in that aspect of the battle. That’s why our pick here are is the champ.

Namajunas vs. Esparza Preview and Prediction

These two girls met some eight years ago, and Esparza won that bout with a rear-naked choke in the third round. Though, a lot has changed in the meantime, with both winning and losing the strawweight title, with the note that Namajunas regained her throne afterward.

Rose is a legend at the age of 29. One of the most beloved figures in the UFC is not only charismatic inside, but outside the octagon as well. Arguably the most technical and skilled striker in the division, her length allows her to be deadly from a distance.

Meanwhile, Esparza relies upon her raw power and wrestling skills. A robust physique of her body gives the 34-year-old an advantage over other rivals, and it is really no wonder that she used to be a champion. She has five wins in a row, the most recent one year ago, vs. Yan Xiaonan.

Back when she defeated Namajunas, the latter had just 21 years, and her body wasn’t developed properly. Now, the champion has pretty much all the factors on her side, especially a much better wrestling than before. Also, she is 4-0 in rematches against her rivals.

Also, she got used to seeing championship rounds, something Esparza had never experienced. That is why our pick in this event is Namajunas to win. For those who are more courageous, go with Namajunas to win via TKO.

Alexander Volkanovski and the Korean Zombie highlight the UFC 273. The rematch between Aljamain Sterling and Petr Yan is scheduled as the co-main event. Gilbert Burns and Khamzat Chimaev are the third mega-battle on this card.  UFC 273 Schedule Where: VyStar Veterans Memorial Arena, Jacksonville, Florida When: Saturday, April 2, 10 pm ET How to […]

The UFC lightweight title bout between the champions Charles Oliveira and Dustin Poirier headlines the UFC 269.  Oliveira has nine wins in a row and holds the UFC record with 14 submissions. Poirier was already a title challenger, but lost to Khabib Nurmagomedov at the UFC 242. The UFC 269 will be the last UFC […]

Gaethje and Ferguson Praising One Another Before the UFC 249

Tony Ferguson and Justin Gaethje are praising one another, which surprised the media and the fans who were expecting chaos before their fight. Instead of a heated trash talk which we used to see in cases like these, the two rivals decided to have an alternative approach. Kind Words on Both Sides The UFC 249 […] 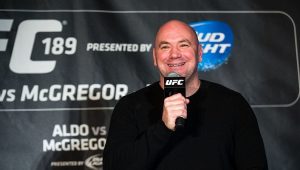 UFC 249 Without Khabib, Dana White Reveals His Replacement on Monday

Dana White will announce the entire UFC 249 card this Monday, after confirming the event last night. He also stated that Khabib Nurmagomedov wouldn’t be participating. Ariel Helwani’s Fake Twitter Profile Creates Massive Hype A tweet coming from Ariel Hewani’s fake news profile made a lot of confusion on the social networks. It said that […]