Published November 10, 2020 8:25 am
Author Heidi Thomas
Share Article
There is another international break for soccer fans around the world, and there will be an enticing fixture to take place on Wednesday evening, as there is a repeat of the 2010 World Cup final in store for fans. Spain will travel to Amsterdam to take on the Netherlands, but will they be able to […]

There is another international break for soccer fans around the world, and there will be an enticing fixture to take place on Wednesday evening, as there is a repeat of the 2010 World Cup final in store for fans. Spain will travel to Amsterdam to take on the Netherlands, but will they be able to get a win?

The Netherlands vs Spain Odds

The pressure on the new Dutch manage will be steadily rising coming into this three-match international window, as he is still yet to win a game since replacing Ronald Koeman. Koeman threw the national teams future into doubt after stepping back from duties to take over at FC Barcelona just one year after he led the country to second in the Nations League. There were huge strives made in their performance levels under Koeman, but that seems to have ended since the arrival of former Crystal Palace manager De Boer.

His first game in charge of the Netherlands ended in a 1-0 defeat against Mexico, while a dismal 0-0 draw against Bosnia soon followed that result. The only positive result that he has got thus far came against Italy in his second Nations League game in charge, as the Dutch were able to take a point away from the game after Donny van de Beek scored an equaliser in the game in Bergamo.

Holland will once again be without Virgil van Dijk for this international break, and they may be looking for the right solution to dealing without their captain, as there is still a chance that he may be missing for the European Championships next summer.

Spain Hoping To Bounce Back

The last international break also wasn’t a successful one for Spain, as they lost one of their three games. That defeat came against Ukraine in the Nations League, as they were stunned in the 1-0 defeat. They still remain in a dominant position in Group A4, as they have the destiny of the group in their own hands. If they win both of their remaining fixtures, then they will progress through to the finals of the Nations League.

Their last win actually came in this competition, as they beat Switzerland 1-0, with the only goal in the game being scored by Mikel Oyarzabal in Madrid. There is expected to be a start for Adama Traore in this fixture, as he could replace the impressive teenager Ansu Fati.

The Netherlands vs Spain Previous Meetings

The Netherlands have won six of the previous eleven, but they did lose the most important meeting between the sides in the 2010 World Cup final. Andreas Iniesta scored the only goal in extra time. They avenged that defeat with a huge 5-1 success in the following World Cup fixture, while they also won the last friendly between the sides five years ago.

The Netherlands vs Spain Pick

This should be a high-quality fixture between two very good sides. Both will be looking for an important win to build confidence before the Nations League resumes, but we feel that a draw could be the most likely result.

The big game in the Premier League this weekend comes from Stamford Bridge, as Chelsea and Tottenham Hotspur clash. This is often a fixture that both sets of fans look out for at the start of the campaign, and they haven’t needed to wait long to see the first big London derby of the season. […]

On Sunday, July 24, Los Angeles Galaxy and Atlanta United will meet for the fourth time in history. Each of their previous duels saw the team from Georgia triumphing dominantly, with a total score differential of 9-0. Offshore betting odds, however, suggest that the end of Atlanta’s dominance is nigh. Los Angeles Galaxy is an […] 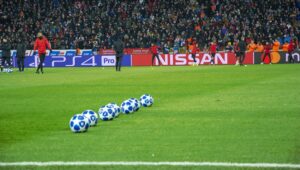 The first ever Europa Conference League Final takes place on Wednesday, as Italian giants AS Roma clash with Dutch outfit Feyenoord. Jose Mourinho will be looking to end his first season with the Italian club with a piece of silverware, as they begin to build ahead of next season. AS Roma vs Feyenoord Odds Roma +130 Draw […]