Published January 31, 2022 9:46 pm
Author Mike Peterson
Share Article
The Super Bowl LVI takes place on February 14 at SoFi Stadium in Inglewood.  The LA Rams eliminated the San Francisco 49ers in the NFC Championship Game. On the other side, the Cincinnati Bengals beat the Kansas City Chiefs in the AFC Championship Game. It all came down to two teams: the LA Rams and […]

It all came down to two teams: the LA Rams and the Cincinnati Bengals. We are more than sure that less than one percent of you all reading this expected to see this before the playoffs started, let alone before the season began.

What can we say about the matchup? It brings one super-team and one very talented unit, with guys who are yet to be stars. The Rams are all but that, with its roster filled with big-time names.

Once in a Lifetime Chance for the Rams

The Rams are playing against the underdogs, have the home-field advantage, and have multiple other factors on their sides. One of them is Cooper Kupp, the triple-crown holder in the NFL this year (receiving yards, TDs, and catches). He is the absolute difference-maker on the field, and we haven’t seen such a dominant WR in the NFL for a long time.

The second is the All-Pro level defense, with Aaron Donald, Leonard Floyd, Von Miller, and Jalen Ramsey. We need to say that these guys haven’t been dominant as expected in the recent few weeks, and that at some point, they need to start pounding. Hard.

The Rams are a gunslinging team, that is, Matt Stafford imposed that identity, which was further cemented with Kupp and Odell Beckham Jr., who is finally playing at the desired level.

Mr. Joe Burrow. Even though he is just a kid, Burrow acts as if he is one of the veterans on the field. The composure and his focus on every snap are simply amazing, so it’s no wonder why the Bengals ended here.

We have to add that all the important players on the offensive side of the ball, Burrow, unreal receivers Chase and Higgins, kicker Mcpherson and Joe Mixon, all have under 26 years. That could be a minus, because of inexperience, but on the other side, that might be a big advantage for the Bengals, who have zero pressure on their backs.

Shout out to the O-line, that protected Burrow perfectly against the Chiefs, and even bigger credit for the defenders, especially cornerbacks who were all over the Chiefs’ receivers in the second half of the AFC Championship game.

Rams vs Bengals Head to Head

The overall score in the series is 8-6 in the Bengals’ favor.

The line for the total number of points is set at 50, and for us, that is a clear over. Both teams have fantastic firepower and are better on the offensive than on the defensive side. That’s why we avoid picking the winner and concentrate on this.

The Tennessee Titans will have arguably the most challenging game of the year in LA against the Rams. The guests are coming into this event with four straight wins, but without Derrick Henry. On the other side, according to most analysts, the Rams are the top candidates for winning the Super Bowl. One of the […] 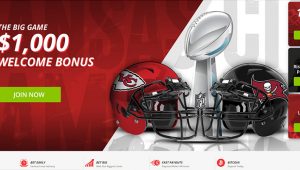 It has been quite the season for the NFL thanks to the pandemic but now football fans have a lot to get excited about as the Super Bowl LV is finally here. This sets the pace for a very exciting weekend and it gets even more exciting for sports bettors with all of the amazing […]