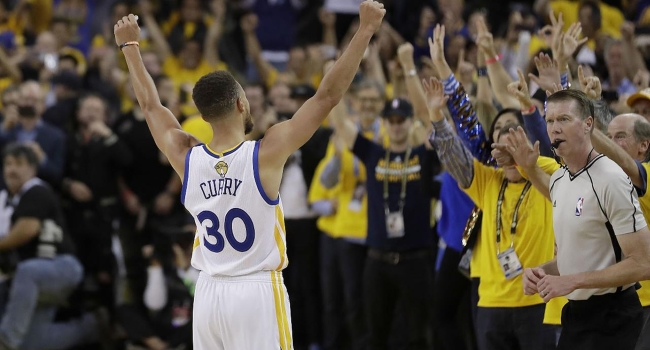 Published June 5, 2018 7:13 pm
Author Ryan Knuppel
Share Article
The NBA Finals is moving to Cleveland. Take a look at the recap of the first two games and odds to win the NBA Finals

The 2017-18 NBA Finals have brought quite a bit of drama to our televisions. From video reviews to players not knowing the score, we have seen a little bit of everything so far in the first two games. What might the rest of the finals bring?

Lebron played out of his mind and put up a 51/8/8 stat line to keep the Cavs in the game. It was the last minute of regulation that turned the game into an instant classic. With the Cavs up by two, Lebron took a charge. The officials reviewed it to make sure he was out of the restricted area, and when doing so they invoked a rarely used rule to overturn the charge. Kevin Durant knocked down the two free throws to tie the game.

Lebron and Steph Curry then exchanged layups, but Curry’s was a dramatic ‘and one’ to put the Warriors ahead by one. Klay Thompson lost George Hill defensively and was forced to foul him with 4.7 seconds left and then all chaos broke out.

Hill made the first to tie the game and clanked the second. JR Smith improbably grabbed the offensively rebound and inexplicably dribbled to half court. He could be seen saying to Lebron, “I thought we had the lead.” In footage that has surfaced since, it appeared as though Lebron was not sure they had a timeout and did not want to pull a Chris Webber.

Predictably the Warriors took hold of the emotion of the Cavs blowing the game and steamrolled the Cavs in the overtime period. Golden State eventually won by 10, but it will be the final 36 seconds that will live in NBA history.

For the first time since game 2 of the Rockets’ series, the Golden State Warriors finally played like the Warriors should play for an entire game. Golden State took an early lead and never relinquished it. Every time the Cavs got close, the Warriors were able to pull away.

Klay, Steph and Durant combined to score 79 points while taking only 53 shots. If the Warriors’ shooters stay that efficient, the Warriors will easily win the last two games. The Cavs did cut it to five points in the 3rd quarter, but Curry was way too much down the stretch.

Currently the finals pricing on the moneyline is roughly the Warriors at -2200 and the Cavs at -1000 depending on the betting location. It seems impossible that the Cavs will beat the Warriors 4 out of the next 5 games, so there is no value to be had there whatsoever.

In most locations, exact series outcomes are no longer available making it impossible to bet the Warriors to win in 5, for example. At this point, that would be the only way to bet on the series in a viable manner.

That said, Steph Curry is -300 to win the Finals MVP, and as of right now he is the clear favorite to win the award. Award voters do tend to be prisoners of the moment, so if Durant goes for 42 in the series clinching game he could swipe the award from Curry’s grasp. However, if you think the Warriors are going to win the series, at this point betting on Curry to be the MVP makes the most sense.

Through the lens of an NBA fan, it would be nice for the Cavs to replicate what they did against Boston and tie the series at 2. The reality is that if the series were to extend past 5 games it would be a surprise. At this point the only question remaining is if the Warriors will in a sweep or in 5.

The NBA Finals could be over as soon as the weekend, so hurry up and get your bet in on Steph Curry to be the Finals MVP. Betting on the series price does not have the value that it once did. Hopefully Lebron and company can make it a tighter series, but that seems doubtful at this juncture. 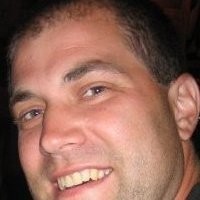