Serie A Preview: Sassuolo vs AC Milan & Parma vs Napoli

Published July 21, 2020 6:43 am
Author Heidi Thomas
Share Article
There are two huge games in Serie A this week as the battle to finish in a European place continues. There is very little separating AC Milan and Napoli as they fight for the sixth and final Europa League space, and this week’s games could be pivotal in determining the side with the advantage ahead […]

There are two huge games in Serie A this week as the battle to finish in a European place continues. There is very little separating AC Milan and Napoli as they fight for the sixth and final Europa League space, and this week’s games could be pivotal in determining the side with the advantage ahead of the final three games of the season.

AC Milan have been in exceptional form since the Serie A season restarted, and that could lead them to a place in the Europa League next season. That would replicate their achievement from last season. However, a UEFA ruling last season meant that they couldn’t compete in the Europa League. Milan have won four of their previous five fixtures, and that sees them enter the final couple of the weeks of the season level on points with Napoli.

They have won their previous two, and three of their last four, which has also included a stunning win against Juventus. Their most recent outing was another comfortable success against Bologna. That recent fixture at the San Siro was won 5-1, with five different players getting on the scoresheet.

Sassuolo have also been in decent form, and will make for a stern challenge for the in-form Milan. They have been unbeaten in their last six, but have drawn their last two games on the bounce. However, they haven’t beaten Milan since 2016, and Milan have won two of the previous three meetings. It’s hard to see past Milan’s good form for this fixture.

Napoli have also needed to demonstrate their very best form since the restart, as they are unbeaten in their previous five. Their last defeat came five games ago, and since then they have won three of their five games. They are locked level on points with Milan, while the goal difference is also level, which means that every goal that is scored or conceded is essential for both teams.

Napoli come into this game after ending their two-match drawing streak with a victory over Udinese. They were made to work especially hard in that fixture as Udinese defended excellently throughout. Their winning goal in the game came in the 95th minute at Matteo Politano scored. The victory was huge for Napoli, as dropped points would have seen them hand over control in the race for European football.

Parma have been in terrible form since the restart, and that is highlighted by their form over the last six game. They are yet to win during that run of form, and have lost on fixture occasions. Parma have also lost their last two fixtures, which have come against Sampdoria and AC Milan. Their form would indicate that they have a slim chance of beating Napoli, while they have also only beaten Napoli once in four attempts.

On Sunday, July 24, Los Angeles Galaxy and Atlanta United will meet for the fourth time in history. Each of their previous duels saw the team from Georgia triumphing dominantly, with a total score differential of 9-0. Offshore betting odds, however, suggest that the end of Atlanta’s dominance is nigh. Los Angeles Galaxy is an […]

The final day of the Premier League season is fast approaching. However, in between Premier League round 37 and the closing day, there are some midweek fixtures as teams catch up on games. However, which sides could pick up maximum points in the mid-week round? Liverpool Must Win Liverpool face a must-win game on the road against […] 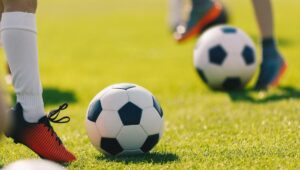 The first legs of the Europa League semifinals are on this Thursday. West Ham hosts Eintracht Frankfurt. Meanwhile, RB Leipzig meets Glasgow Rangers in Germany.  The closing stages of the Europa League arrived. Four teams are left, and each one has the ambition to win the trophy. Some of them have international titles, while others, […]