pixabay.com
Published April 16, 2021 6:57 pm
Author Julie Harper
Share Article
Atalanta vs Juventus Preview Atalanta faces Juventus in one of the most important matches of the season for both of these teams. It seems that the Old Lady can’t defend the title, as Inter sits 12 points ahead in the standings. But what is far more dangerous are the prospects of them falling out of […]

Atalanta faces Juventus in one of the most important matches of the season for both of these teams. It seems that the Old Lady can’t defend the title, as Inter sits 12 points ahead in the standings. But what is far more dangerous are the prospects of them falling out of the UEFA Champions League zone that is the top four places in the Serie A. At the moment, they and Atalanta are just one point apart, with the note that Napoli, who sits fifth, is three points behind the Old Lady. This might be the official ending of Juventus’ long reign of Italian football.

Once again, the team from Bergamo has the most potent attack in the Italian Serie A, and leads the way with 71 scored goals in 30 matches. Though we need to mention that this total would have been even better if it weren’t for that dispute between the board and the former captain Papu Gomez who left the team this winter.

Atalanta is excellent at home lately, having four consecutive Serie A wins, after a period in which La Dea struggled to provide consistency, losing some valuable points at Gewiss, against the teams such as Genoa or Torino.

In these previous four wins, Gasperini’s crew scored at least three times, with the total goal difference 15-6. All those events saw over 3.5 goals and both teams scoring.

Hateboer and Romero are the only ones who won’t play, according to the latest information.

Juve Standing on the Edge

The Italian champions, who, by the way, won’t defend the title, are falling apart. After being eliminated by Porto in the UEFA Champions League round of 16, Andrea Pirlo’s guys lost at Allianz Stadium to Benevento, 0-1, and after that played 2-2 against the fiercest rivals, Torino.

The Old Lady managed to bounce back following this series of colossal blows, defeating Napoli and Genoa at home, but even in those games, Ronaldo and the boys weren’t that persuasive.

Juventus’ defense is not consistent as before, which is evident in the recent few games. They kept clean sheets just once in nine matches, which is terrible for their standards.

Bernardeschi is unavailable for Juve.

Atalanta vs Juventus Head to Head

The first match of the year in Turin ended without winners, 1-1. Chiesa scored the opening goal for the hosts, while Freuler leveled 12 minutes inside the second half.

Atalanta vs Juventus Prediction and Pick

Our best bet, in this case, is both teams to score and over 2.5 goals. The odds are quite solid when looking at the overall situation, -125. On one side, we have the best attack in the league going against one very vulnerable defense. Meanwhile, Juve has Ronaldo, and the rest of the crew upfront seems solid, so we expect them too to find a way to the rival’s back of the net.

Pick: Over 2.5 goals and both teams to score

The European champions, Italy, host North Macedonia. Portugal awaits Turkey.  Sweden is clashing with the Czech Republic. Wales and Austria meet in the closest game of the entire round. The World Cup qualifications playoffs begin on Thursday, with four games on the menu. We will make a short preview for all of them, followed by […]

The second round of fixtures in the Champions League group stages take place this week, as clubs look to continue their momentum into their second fixtures. Two sides that claimed victories in their respective opening fixtures in the group stages meet at the Allianz Stadium in Turin on Wednesday evening, as Chelsea take on Juventus. […] 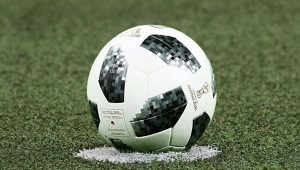 Serie A: AS Roma vs Napoli Preview, Odds, Prediction

AS Roma vs Napoli Preview Derby del Sole, or the Sun Derby, is the match between AS Roma and Napoli. The two Serie A teams have a history of fierce battles, with the hostility between them breaching the boundaries of sports. It is the clash of the rich from the capital, and the poor from […] 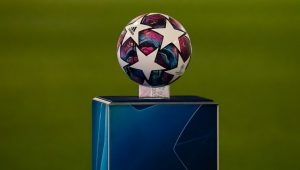 The Champions League is back again, and we have a superb match to cover this midweek. Atalanta awaits Real Madrid at Gewiss stadium in Bergamo, looking to extend their magical run, which now stretches throughout two seasons. La Dea won the hearts of all the neutral fans, and to be honest, the majority of the […]