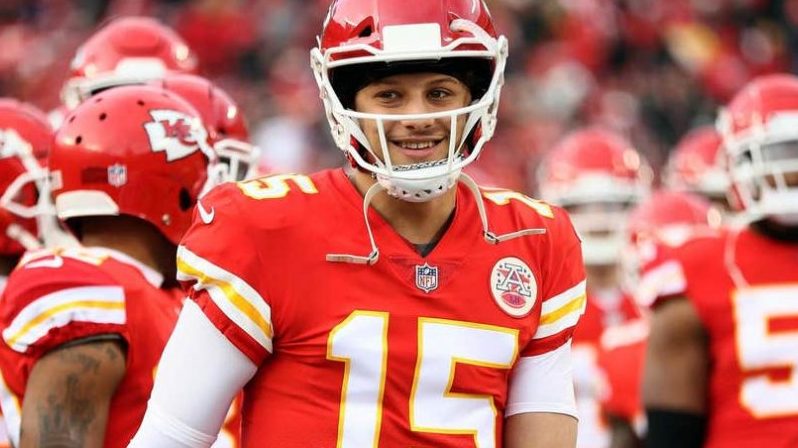 Patrick Mahomes
Published February 3, 2020 11:17 am
Author Mike Johnson
Share Article
Kansas City Chiefs routed the San Francisco 49ers to win their first Super Bowl title. The final result of this historic match was 31-20 for the boys from Missouri, who made a remarkable rally in the last few minutes, to take down the 49ers. Shanahan’s Deja Vu Kyle Shanahan, the 49ers head coach, suffered another […]

Kansas City Chiefs routed the San Francisco 49ers to win their first Super Bowl title. The final result of this historic match was 31-20 for the boys from Missouri, who made a remarkable rally in the last few minutes, to take down the 49ers.

Kyle Shanahan, the 49ers head coach, suffered another mindblowing loss in the Super Bowl. Early on in the last period, his team had a 20-10 lead and the football in its possession, but managed to allow three touchdowns in five minutes to lose everything.

It was a nightmare ending for the guy who was a part of the Falcons’ crew in the Super Bowl LI, once Tom Brady and the Pats made that epic comeback in the last quarter.

Mahomes moved his Chiefs from the verge of the cliff, with a fantastic pass to Tyreek Hill, 44 yards long, and after that, he hit Travis Kelce in the endzone to cut the deficit to four points. Then the defense did a good job forcing the 49ers to punt.

Kansas City’s running back became the first guy who rushed more than 100 yards in the SB, and also had running and receiving touchdowns. Williams would deliver a 38-yard run to break the 49ers 1:12 before the end.

Mahomes threw for 286 yards, had two TDs and interceptions each, and rushed for one more. All this and the superb finish of the game earned him the MVP award, and he is now the youngest guy with a regular-season MVP award and Super Bowl award and the Super Bowl title.

On the other hand, Andy Reid is arguably the greatest head coach in the NFL right now alongside Bil Belichick. All the names he produced and all the achievements the 61-year old made are astonishing.

He posted his 222nd career win against the 49ers, and removed the negative title he held for a long time, being the head coach with the most wins and yet without a title.

Meanwhile, for Shanahan, it wasn’t a good night. Although one of the younger coaches in the NFL, Shanahan is already well established as possibly the most talented one. However, he is labeled with these two losses, and many believe that he isn’t good in clutch situations.

But to be honest, his starting QB Jimmy Garoppolo was also bad, and that wasn’t only tonight, but throughout the entire playoffs. Jimmy G had one touchdown pass and two interceptions for 216 yards, and didn’t have any consistency on the field.

From a guy who was confidently leading the 49ers throughout the regular part of the season, he became just a mediocre quarterback in the last couple of weeks.

Was this a consequence of Shanahan’s actions we can’t quite tell, but what is important is that the 49ers lost the Super Bowl, regardless of the cause.