Manchester City hosts Leicester in the most interesting matchup of EPL Gameweek 19.  The Citizens are topping the standings before this clash.  Meanwhile, Leicester struggles to find consistency. Guardiola and his boys are again in the familiar position, holding the top spot in the Premiership, alone, with all the rivals looking in their back.  Leicester […]

The Premier League fixture list heats up as the Christmas period approaches, which means midweek soccer games are on the agenda this week. The standout fixture comes from the King Power Stadium, as Leicester City look for a second straight win against a Tottenham Hotspur side that should be well-rested having not played their last two games […]

The Premier League returns after the international break this weekend with a full round of fixtures. One of the best games of the weekend will take place at the King Power Stadium on Saturday, as Manchester United travel to Leicester City looking to maintain their unbeaten away record, which has stretched over a year and […]

Leicester City vs. Manchester City Preview Leicester City hosts Manchester City, hoping to become one of few teams who defeated Guardiola’s machinery twice during one EPL season. You have to admit, there haven’t been too many of them. The first game was one of the biggest humiliations for the Spaniard since he sat on City’s […]

Liverpool’s 63-match unbeaten record at Anfield could be in danger this weekend, as they welcome the table-topping Leicester City to Merseyside. The Reds injury problems have continued to mount over the international break, and there will be intrigue to see how Liverpool deal with the injuries to key defensive players this weekend. Liverpool vs Leicester […] 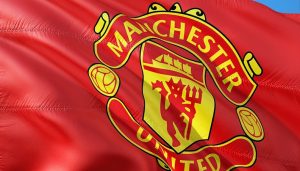 Four games took place in the English Premier League today, and all of them provided good football and lots of new information. Manchester Superb Against Bournemouth After Stanislas scored a wonderful goal, nutmegging world’s most expensive defender Harry Maguire and then sending the ball past De Gea almost form a dead angle, United’s players woke […] 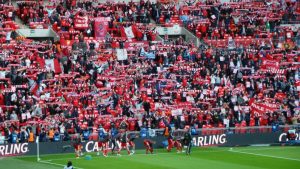 Liverpool Increases the Lead as Chelsea and Leicester Tumble Out

Today’s Premier League matches brought a lot of surprises. There isn’t a way of telling which one is bigger, so we are letting you decide about that. Chelsea lost at home to Bournemouth, while Leicester managed to win just one point against Norwich City, also at home. Liverpool, meanwhile, profited from that, after beating Watford […]