Published July 24, 2021 8:43 pm
Author Mike Johnson
Share Article
New England Revolution plays with CF Montreal on Sunday, with this being one of the most anticipated games of the entire round. The hosts are topping the East conference, playing arguably the best soccer in the MLS at the moment. On the other side, the Canadians are coming to town determined to erase last week’s […]

New England Revolution plays with CF Montreal on Sunday, with this being one of the most anticipated games of the entire round. The hosts are topping the East conference, playing arguably the best soccer in the MLS at the moment. On the other side, the Canadians are coming to town determined to erase last week’s failure in New York and surprise the Revs. Will that be possible? We have to say, yes, but the chances are not favoring the guests. One thing is sure here, get ready to see one hell of a match at Gillette Stadium.

Revolution to Keep the Top Spot in East

The Revs hit the wall for one moment, winning just one point three games during late June and early July. However, Bruce Arena’s guys have responded to the adversities swiftly, posting two victories in a row, both on the road, against United in Atlanta, 0-1 and against Inter in Miami, 0-5.

These two matches have shown just a glimpse of the Revs’ potential, and even though the rivals weren’t top teams, that won’t diminish New England’s success.

This unit likes to play open and offensive football, scoring goals and conceding on the other hand as well, and only one in the last seven matches has seen under 2.5 hits. Five during that stretch were with both teams to score.

Revs are still without their starting goalkeeper, Matt Turner, who is away with the US national team. The same is with Tajon Buchanan. Luis Caicedo is injured.

The Canadian team played six matches in which they haven’t lost but had to lay down their weapons before NYC on the road, 1-0. It was a narrow defeat, which could have been avoided, but, simply, Montreal’s luck ran out in this case.

In three matches during that invincible streak, Montreal managed to keep its net intact. Overall, four of their five games away from home saw just one team netting, and all those five events ended with under 2.5 goals. The record in these matches is mediocre, two wins and losses with one draw.

Kamal Miller and Samuel Piette are with the Canadian national team at the Gold Cup, while Romell Quioto stayed there with Honduras. Goalie Clement Diop injured his leg, Ballou Tabla and Kiki Struna are out due to respective injuries.

The Revolution hosted Montreal in November 2020 and won that clash 2-1. They have four straight wins over this team, and three of them cane with both teams scoring.

We are going with the hosts here, who are a better team overall. The Revs lack a few players, but still, we believe in their victory. The odds are not that great, and if you want to increase the profits, go with Revs -1.5. Odds should be around +110 here.

There is a huge fixture in the MLS Is Back tournament this coming weekend as the two sides from Los Angeles go head to head. There aren’t many bigger rivalries in the MLS than these two sides, and there have been a history of intriguing fixtures between the sides over recent years. That will once […]

The MLS Is Back competition has started excellently with some thrilling fixtures. That promises to continue this week with some huge games taking place on Thursday. The pick of those fixtures will see one of the leading sides in the betting to win the competition take on FC Cincinnati. But, will they be able to […] 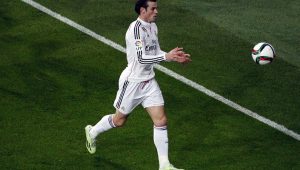 Gareth Bale Claims He Might Move to the MLS

As mentioned numerous times throughout the last few months, Gareth Bale might move to one of the MLS clubs in the near future. Bale Himself Confirms the Story Real Madrid’s superstar stated recently that it wouldn’t be odd seeing him moving to the MLS because the competition has enormous potential and develops rapidly over the […]