Published October 27, 2020 7:55 am
Author Sienna Walker
Share Article
Week eight of the NFL gets underway this week, and on Sunday there will be a clash between two sides at contrasting ends of the NFC North. But, will the Green Bay Packers be able to continue their excellent run of form, as a playoff place looks well within their sights? Minnesota Vikings @ Green […]

Week eight of the NFL gets underway this week, and on Sunday there will be a clash between two sides at contrasting ends of the NFC North. But, will the Green Bay Packers be able to continue their excellent run of form, as a playoff place looks well within their sights?

The Green Bay Packers have started the season in excellent form, and they will be hoping that they will be able to continue that momentum with another win this weekend. The Packers have played on six occasions so far this season, and they have lost just once. That defeat came away from home against the Tampa Bay Buccaneers. However, their home advantage has been excellent so far this season as they have won both fixtures played in their home stadium.

Green Bay will be looking to build on their hard-fought win against the Houston Texans. That 35-20 victory was their last fixture in the NFL, and ensured that they defeat on the road to Tampa Bay was a blip. The Packers were ruthless against the Texans, as they scored 21 unanswered points to give themselves a commanding first-half lead. The second half was a little closer, but the damage was already done. Aaron Rodgers completed 283 passing yards and threw four touchdowns. Jamaal Williams, Malik Taylor and Davante Adams were among the players to score touchdowns.

Vikings Rooted At The Bottom

It hasn’t been the opening weeks to the regular season that the Minnesota Vikings would have been hoping for, as they already look set to finish the league in the bottom place of the NFC North. The Vikings have won just once so far this season and have lost on five occasions. They will take confidence from the fact that the victory that they have had came on the road.

On the road, they have won one of their three fixtures, while they have lost all three home games. They do come into this match having lost their last two matches in the NFL. These defeats have come against the Seattle Seahawks and Atlanta Falcons, with the latter of these defeats coming in their last game. The Vikings were beaten 40-23 in that fixture. Vikings trailed at the break 20-0, which means that they will need to start much better in this game to have any chance of getting a positive result.

The last three meetings have been won by the Green Bay Packers, with the latter of those successes coming in September this year. The Vikings haven’t beaten the Packers since November 2018.

The Packers will be the pick to get the win in this fixture as they have been one of the most impressive teams in the NFC North. The Vikings haven’t been in good form throughout the season, and that means that it is hard to see them turning that around this weekend. 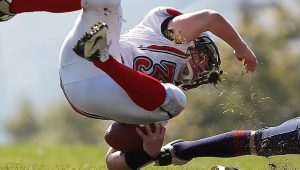 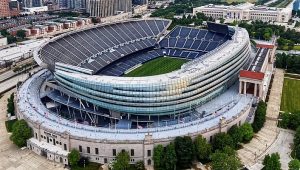 Chicago Bears vs. Minnesota Vikings Preview This week’s Monday Night Football spectacle is the NFC North derby between the Minnesota Vikings and the Chicago Bears. A win is an absolute must for both sides, otherwise, the playoff chances will shrink in the Bears’ case or disappear in Minnesota’s. Even though the Vikes have a poorer […] 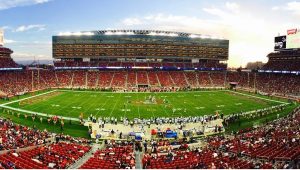 The only team left standing with an unbeaten record in the NFL are back in action this weekend, as they host the Cincinnati Bengals. But, will they be able to maintain their solid start to the NFL season with another huge win in the AFC Championship. Steelers In Excellent Form Pittsburgh Steelers have emerged as […]